Which coffee grinder is best, burr or blade?

You know, we humans are often attracted to the idea of optimization. I mean who doesn’t want to simplify and streamline their life? But sometimes that optimization comes with major compromise. In the case of coffee, one shortcut you may want to rethink is pre-ground coffee beans.

On the surface, already ground coffee might appeal to you. It’s one less step, and in this fast-paced world, any amount of time-saving feels like a win. But if you care about enjoying a quality cup of coffee to start your day, don’t fall for that lure of “convenience.”

When coffee is ground the beans’ surface area increases by a lot, which is what allows water to extract all those flavors you want. But even before the water hits, that increased surface area starts releasing gasses that were trapped inside the bean, and the longer ground coffee is exposed to the elements the more gasses and oils escape. The result is coffee that tastes bad. If you want great tasting coffee, you should grind it right before you brew it.

Our goal isn’t to maximize efficiency. Instead, we want to maximize the quality of your coffee, which is why our coffee always comes as whole beans. Take your time, grind your beans, enjoy the process. It’s worth the extra 30 seconds, we promise.

If you drink Joules & Watts coffee, you likely grind your beans at home. But have you considered what type of grinder you’re using? Getting a super even grind is essential to getting the best out of your beans, and here’s many many versions of home grinders out there to navigate. They all belong to one of two categories—burr or blade—and believe it or not, wether you use a burr grinder or a blade grinder makes a big difference in how your coffee tastes. Let’s talk about what the difference is.

A blade grinder is exactly what it sounds like—a sharp blade that spins super fast and slices up the coffee beans into smaller and smaller pieces. In theory, the longer you run it, the smaller the grounds become. But there’s a catch. Because the blade hits the coffee so hard, it immediately creates “fines” (super tiny coffee particles) and leaves you with “boulders” (pieces significantly larger than the rest of the grounds). This will mess up your brew, as the boulders will under-extract, creating a sour and unbalanced taste, and the fines will over-extract, adding bitterness.

That’s why we prefer and recommend burr grinders. Burr grinders are comprised of two toothy burrs, one that remains static and one that rotates. Instead of slicing the coffee, the burrs crush the beans, resulting un much more consistent grind size, with less fines and less boulders. Your coffee will undoubtedly taste better. 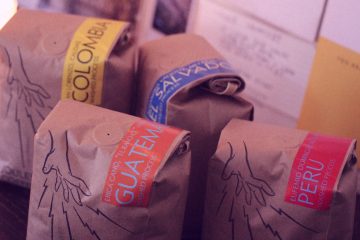 One month of coffee – Get Ready For The Holidays.

It's exactly what it sounds like. For one month, we'll deliver a 12 oz bag of freshly roasted coffee to your door, every week. The roast origin of the coffee will change with each delivery, so you get to taste a rotating cast of flavor profiles. 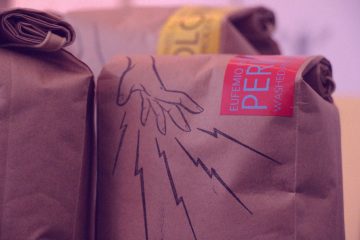 What’s the best coffee for me?

We all want coffee that best suits our needs. But choosing the right coffee has so many factors to consider, some of which might be totally off your radar. You can rest easy, we’re here to help! 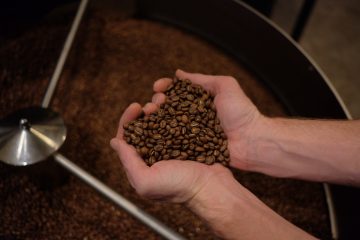